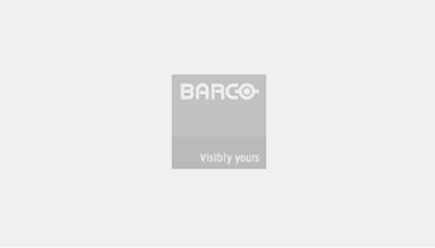 As co-author of the Strategic Review of Public Space CCTV, published in November 2009, I am delighted to see that progress is being made to respond to the issues and recommendations within that report.

In respect of the Draft Strategy paper I would make the following comments:-

The report itself adds little to the previous review but by going through an extensive consultation processes with partners it has created a platform to utilise their support and expertise to actually “make change happen.”

I am concerned that the report overly focuses on the role and rights of the police in the use of CCTV images and systems but gives little attention on the range of other partner organisations who can and do provide important support and response strategies .e,g, community wardens, local housing association staff etc, have been given access to appropriate information / images to allow local intervention to deal with anti- social behaviour.

I believe that the police are not the main “clients” in considering the current and future role of CCTV, but it is the community itself with rightful expectations which should be setting the agenda of what public space CCTV should deliver.

I am also concerned that the report makes little of the original “deal” that was struck with communities – who would accept and actually support the presence of CCTV cameras in their streets in the belief that these cameras would be monitored 24/7 to create “safe and secure communities”.

The report itself in Para. 6.3. actually states “ The growing public perception that CCTV is the panacea to the management of crime and disorder, is at odds with Community Safety practitioners “

It was the Council’s and the Police who oversold the impact of CCTV in the community as it was not CCTV itself that failed ( “ a CCTV camera has never jumped down and arrested someone) – the failure was in the lack of systematic and joined-up responses especially to youth disorder / anti-social behaviour that has diluted the public’s faith in CCTV.

The report glosses over a key / core strategy those impacts today and in the future on the value and success or failure of CCTV to support “safe communities” – i.e. the discussion on proactive or reactive camera monitoring.

The previous review raised concerns about cameras not being monitored, images not even being presented 24/7 to control rooms. The development of multi-functional control rooms with repair calls, property alarms etc, all ringing may well bring in much needed income but will dilute the capacity of operators to actually watch cameras.

Also with the need for financial savings, even those public authorities who had committed  staffing numbers and to the strategy of “one camera, one monitor” have reduced staffing levels and are planning to reduce the size of camera monitoring stations

The failure to provide 24/7 monitoring of the cameras in the streets is a breach of the principles upon which public space CCTV was installed – I say this as the former Chief Executive of Streetwatch Glasgow – a role in which I led the roll out / installation of 400 cameras in the streets of Glasgow. I would look for this review to consider the implications both operationally and legally and also the need to then properly sign camera areas with operational times of these systems.

There is also a need to comment on financial and funding issues:-

Little has been said about the real financial savings made to the police force and in the court processes through the use of CCTV as a crime reporting and evidential tool. When considering who / how CCTV is to be funded these savings should be included in any financial options / appraisals.

Finally, I would say that it was central government funding available for ONLY CCTV  (in the Community Safety sector where a raft of other measures could have offered workable solutions) that led to both the unstrategic growth of public space CCTV systems and today’s legacy of cameras in the wrong places and without response strategies in place.

The solution will require both direction and specific funding from the Scottish Government as Local Authorities facing current and future budget reductions will not choose to prioritise spending on CCCTV. For change to happen will require cross boundary, integrated operational and technical solutions which will need to be driven from the centre.

N.B. -These are the views of Frank Macfadden and should not been seen to represent the views of current or past employers.

icomply to exhibit at the Security TWENTY 16 North Conference & Exhibition